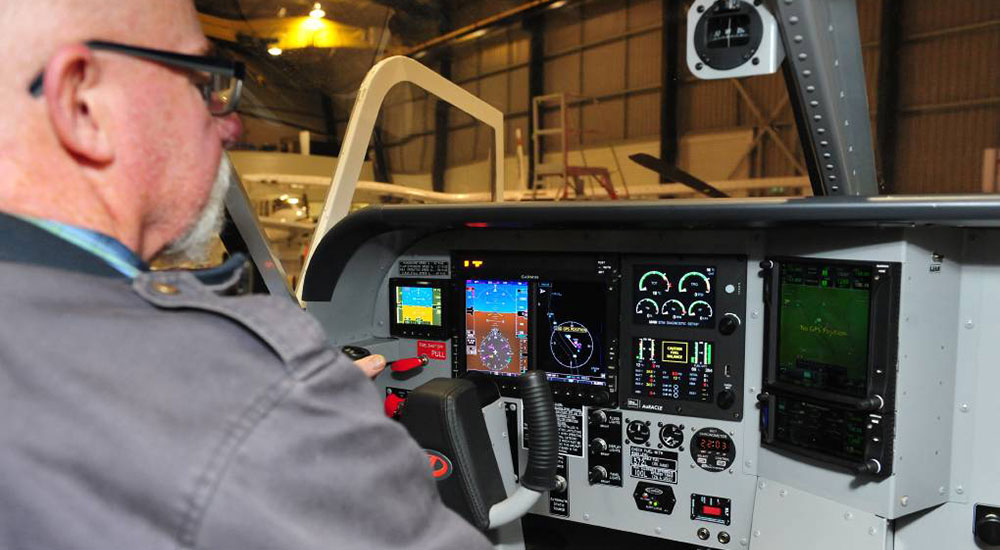 Valley’s own an Aussie first

Mahindra Aerospace this week received the go-ahead to roll out its latest aircraft, a single-engine 10-seat plane known as the Airvan 10.

The Civil Aviation Safety Authority granted approval this week at Latrobe Regional Airport for the aircraft to begin production in what the company says will be the first single-engine turboprop-type certified plane built in Australia.

The approval allows the aircraft, priced at US$1.7 million, to be rolled out from early next year.

He said while the company had a “low local profile”, it was good news for the region and the company, which employs about 115 people at its Traralgon facility.

“The Latrobe Valley is home for the world-class operation,” Mr Morgan said.

Mahindra, the parent company of GippsAero, exports about 60 per cent of its aircraft across the world to more than 40 countries where the aircraft has been used for variety of purposes.

“There’s places in Africa, New Guinea, in Northern Australia, Alaska and Canada where this plane is a perfect fit.

“What we also find, is that it’s achieved quite a lot of success in police agencies overseas where, because it can carry quite a big load of fuel and a big load of equipment, they can use it in a number of roles like search and rescue and emergency services and things like that.”

The company hopes the upgrade from its predecessor, the Airvan 8, will boost the company’s profile on a national and international level.

“The interesting thing we find is that it’s very difficult to get local emergency services and police forces interested in it here in Australia,” Mr Wheatland said.

“There is always that appeal that if something comes from Europe or America, it’s more prestigious or it’s better than the Australian product.

“This new aircraft is bigger, more capable and expensive and it possibly will become more attractive and popular given its capabilities.”

“Mahindra are an important pillar to our community and provide employment outside of the brown coal and paper industry… it is very important that we continue to diversify the economy with industries like these,” Cr Middlemiss said.

“It can now go into production which means an opportunity to sell more aircraft from the factory and ultimately reinforcing local employment opportunities.

“It really means that production of aircraft in Australia is continuing and the focus of that is right here in the Latrobe Valley.”