Jim Owens knows aircraft as well as anybody in the world. He took his first solo flight in a bi-wing Tigermoth way back in 1945. He went on to make a career selling the French-manufactured Robin 2160. He later joined the NSW Aerobatic Club.

Even now, several years into retirement, he works as aircraft manager at Commando Skydivers in Tooradin, Australia — which brings us to the Club’s 2012 purchase of an Airvan 8.

“It’s refreshing,” Jim says, “to find a manufacturer whose claims are, to a very large extent, not overstated.”

Among those claims: A 105 centimeter (41.5 inch) sliding access door that makes it easy to load up to seven jumpers and even easier to unload them.

Jim, by the way, is not one of them. For all his flying experience, he’s only made one jump – to commemorate his 80th birthday.

He isn’t opposed to making another. It’s just that he wishes he’d have started earlier.
But no worries. His passion is flying and aircraft. And he has a good one to look after in the Airvan 8. “It has exceeded our expectations,” Jim says.

Easily seat seven, forward-facing, adult-sized passengers with baggage. Surround them with panoramic vistas and pamper them in a quiet and comfortable cabin. They’ll appreciate how easy it is to board, load, and unload through the double-wide door, but don’t be surprised if they are too busy relaxing and enjoying themselves to realize that they’re in one of the safest utility aircraft in this class.

When their destination is remote and out of the way, Airvan’s STOL (short take-off and landing) capabilities for short bush airstrips, are ideal for the rugged terrain.

AIRVAN HAS THE BEST VIEWS 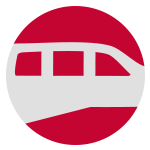 Panoramic windows surround a roomy and comfortable cabin, giving each of your seven passengers the best seat in the house. Designed to realize low cabin noise, with an effective ventilation system, Airvan maintains a comfortable ambience, creating a very sociable environment. They won’t be able to help but sit back and relax. 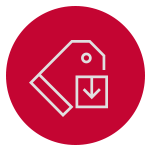 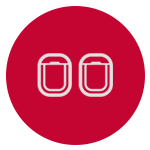 Bubble-shaped windows in the cockpit, agile handling, and a 75-knot loiter allow for picture-perfect positioning and landing. 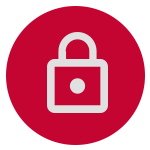 No other aircraft in its class complies with the latest FAR 23 safety standards.